Special-needs cat Jelly has an uncoordinated, wobbly gait, caused by a neurological impairment present from birth

This is an update of one of our longterm foster cats Jelly, as told by his foster family. It shows why your kind sponsorships are so important in helping cats like him.

“If you have watched the Caring for Cat’s appeal video on Jelly then you will know the basics. But Jelly came into the charity when he was 5 months old and was only expected to survive a year or two because of his congenital neurological impairment. He is now 5 years 4 months old.

It has been a bumpy road. Whilst we were used to coping with his routine daily seizures, two years ago Jelly suddenly decided that he did not like his tail and started attacking it. Throughout the summer he was back and forth to the vets having bits of his tail removed as he kept biting it; collars did not help prevent him reaching it either. The coordinator and the vets finally decided it would be best for Jelly to amputate all but a short stub. Since then we have noticed that his balance is a lot better when walking around. We have also learnt more about his seizures as he had a small liver with abnormalities; we discovered that as soon as his blood ammonia level goes up (after certain foods) he starts to seizure. We have therefore changed our routines to ensure Jelly only has access to his own food – difficult with a dog and two other cats in the home – as Jelly can be persistent once he’s made his mind up to do something!

He has got a best friend (another CFC cat, Peanut) who protects him. They often play fight and they pin each other down, then she will sit and lick him to bits to make sure he is clean. He also loves sleeping on the dog bed. The way he tells us he wants something is he headbutts us in the legs and if we don’t listen then he goes to nibble us – but that is only because he doesn’t seem to know how to meow.

He still regularly sees his vet John Levison at Swanbridge who thinks he is in the best health at the moment. Thanks to everybody’s kind sponsorships of this boy, Jelly is staying as happy and healthy as we can make him. Here’s a new photo of him.” Loves and nibbles from Jelly X 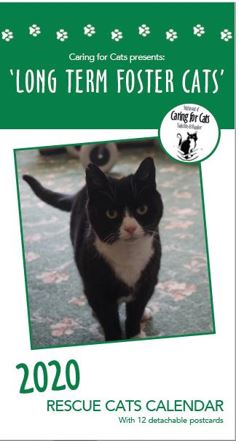